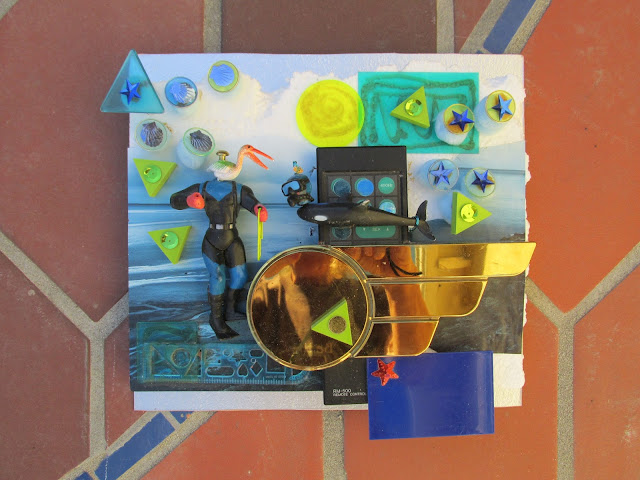 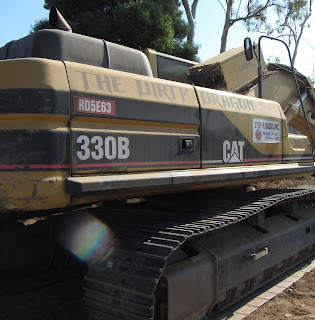 Weirdness is all around us. I met these two gentlemen taking a break at a construction site. 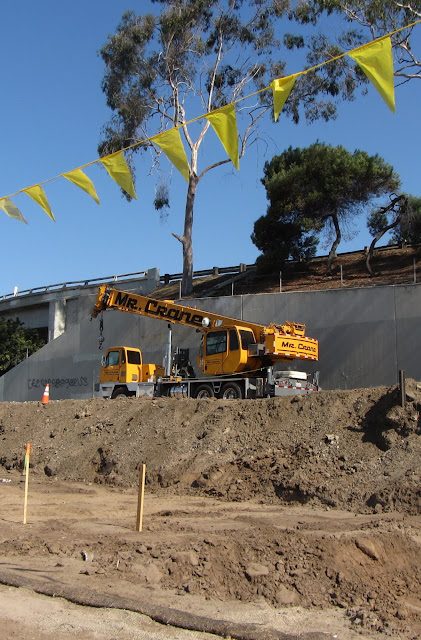 Leaving little to his name when he died, the Reading of Henry Fromm’s Will went quickly. He hoped to be out the door and on to a new life as fast as possible. The past one hadn't been Pulitzer material, in his view. Racing past the shelf of grammar books, he waved good-by with relief. "The Reading of Henry Fromm's Will, indeed," he muttered to himself. "What kind of name was that to stick a fellow with, anyway?"


"Deserved to die stillborn," a sepulchral voice murmured in his ear. "Would have red-pencilled it at birth, if it had been my sentence."

The Reading groaned. "I thought I was through with you. What's the point in being dead if you're still around, carping and editing?"
"Grammar is forever,” the voice intoned, with a touch of smugness.


"Oh, but your name is wonderful. It had so much promise!" cooed an enthusiastic voice.


"Ah, my dear Romantical Writer, you are such a pollyanna," Grammar said loftily.


"You are an old poo," RPWriter sniffed.


The Reading of Henry Fromm's Will sidled toward the doorway. He could see the bright white light shining through it. He knew that a new life awaited him on the other side, but he had no intention of taking these two with him if he could help it. Now, while they were snipping at each other, was his chance.


He leaped. Before him, the clean, white page rose in its pristine majesty. With a cry of abandonment, The Reading of Henry Fromm's Will flung himself at the page.
There was a moment when time itself held its breath. Then, dizzy with the mental effort of suspending itself, it gasped and opened its eyes.
There on the page was the newborn first sentence. Glorious, pregnant with hope and potentiality.

"That was the best game we've ever had!"

The string of words giggled in sheer relief. He was in quotes! Anything goes in quotes! No Grammar to nit pick him into obscurity. And if old Romantical Pollyanna wanted to have a go at him, that was all right, too. She was kind of attractive, in a wimpy kind of way. At least she was more cheerful than some of the other writers who had grasped at him with visions of fame in their beady little eyes.
He settled down to wait.

* I composed this little piece for a contest. We were given only the first sentence: “Having little to his name when he died, the reading of Henry Fromm’s Will went quickly.” Modifying one letter to upper case made it grammatical (remember dangling participles?) and then, obviously, “The Reading of Henry Fromm's Will” was a person's (or thing's) name....       Nope, I didn't win. 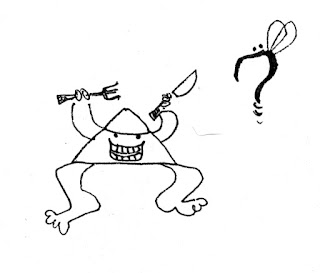 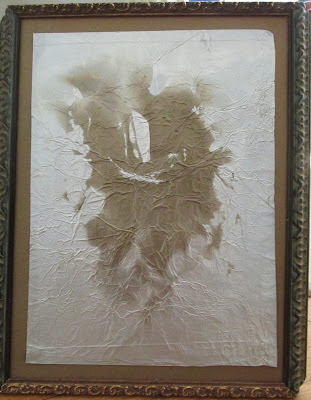 The Tinfoil of Turin


or, The Rosy Shroud, A premature Phoenix"


The unliving carcass is plucked


from the still radiant fire


laid upon the board.

At the appointed hour,


the shroud is pulled away,


upon the assembled guests.


And there was an image.


A mystery, or a message?


A portent, or lesson?


And none have come forth


to solve the mystery.


What do you see? 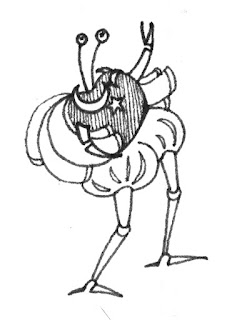 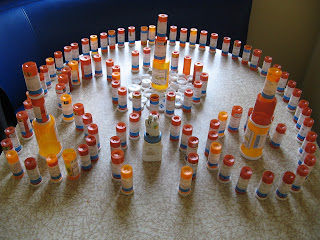 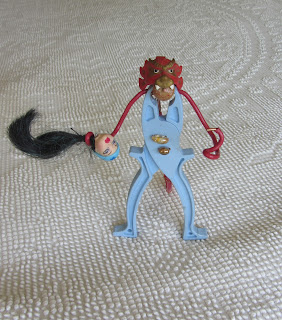 Alas.  The Princess was disappointed by just another hapless prince.  Now both are et, and only the Dragon is satisfied. 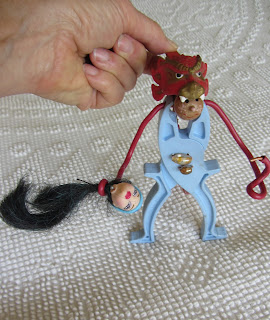 
If a priest can be de-frocked,


then a drunk can be de-livered. 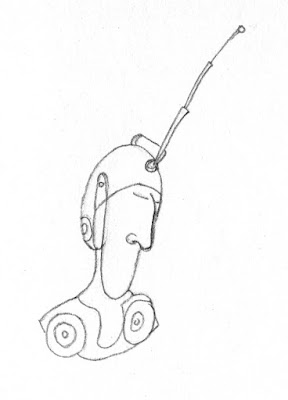 If a fleeing con is caught,


he will surely be de-filed.


A book that's in a landfill


A wimple when it's sat on,


If a voiceless pig's dis-gruntled,


then a pug can be de-barked.


Was the purloined note de-sended?


Is a trans gal now de-manded?


Don't you wish this was de-p-ended?


The Canons were fast becoming Mr. Chapman's personal nightmare. Mr. Chapman considered the ancient house known to everyone simply as Home to be a refuge, rather like a medieval European monastery, where all who could claim to even the loosest affiliation were made welcome. In an idle moment he made himself smile by comparing the Lady for whom he worked to the many incarnations of the Lady of those monasteries. "Our Lady of the Perpetual Surprises" perhaps. Or Nuesta Senora Carnivorous. But these disrespectful thoughts were kept strictly to himself. Mr. Chapman had performed his office well for untold years because he felt a deep and honest responsibility to his far-flung and varied family - so independent and powerful, so vulnerable and besieged. It was his job and his passion to provide a comfortable haven for each resident, from the smallest and mildest (several family members enjoyed spinning their webs in undisturbed corners) to the largest and most impressive (on a full moon, whichever howling, slavering, semi-canine was in residence). This job involved an amazing amount of fine tuning, organization and good humor and most of the time Mr. Chapman was more than equal to the task.


The Canons were a challenge. Perfectly spherical, incredibly heavy, stupidly determined and convinced of their total superiority to the rest of the known universe, the Canons arrived at Home in a thunderous drum roll and soon took up residence in their own way, without waiting for Mr. Chapman's offer of hospitality.
Several centuries ago they had been employed by Napoleon Bonaparte as couriers of the message dearest to his heart, in short, world domination, and they had never forgotten it. Actually, they had forgotten it, as they forgot most things. Their memories had been dulled through the long-held practice of thinking only of things that enhanced their already exalted sense of their own worth. What they remembered, dimly, was glory, associated vaguely with a thunderous roaring sound.


When the Canons came to live at Home they quickly developed a possessive love for the long hallways of uncarpeted hardwood and all manner of rugs or carpets were avoided scornfully as unfit for a Canon to grace with its presence. The halls became noisy, unpredictable and outright dangerous for those residents of Home who were small of stature and soft of body.


One of the few rules of Home was respect, or at least non-interference, with regard to one's fellow residents. Mr. Chapman insisted on it and enforced it, but most residents had a sense at least that it was sanctioned in fact by the Lady herself, and that, if not the obvious utility of the rule, caused it to be nearly universal. Vampires did not dine on the blood of cousins, werewolves kept their eyes off the throats of aunts and uncles, ghouls shrieked impartially and indiscriminately but never in the cellar when Uncle Ernie needed his sleep.


The Canons neither recognized nor could be persuaded to see the sense or necessity of such a rule. The first polite suggestion on Mr. Chapman's part had been met with characteristically obtuse non-understanding.


"We have a number of, ah, smaller cousins who use this hallway of a night. If you could, perhaps, keep to the right or be especially careful not to overrun..."


"Hm? What's that you say? Let them watch out for themselves; we've things to do, places to go. Just rats out here anyway. Can't think what rats have to do with us."


Increasing bluntness was met with increasing belligerence. One Canon took to zigzagging up and down the main hall between the dining room and the library for hours at a time. A veritable river of life took to the walls and atop the bookshelves that lined the hallway, but the larger residents had nowhere else to go.


Down in the kitchen, Mr. Chapman's enjoyment of a fragrant cup of tea that had just poured itself was cut short by a frightful howl, succeeded by a chorus of snarls, converging from all parts of the house. Blanching, Mr. Chapman hurried to the main hallway, arriving just in time to prevent major bloodshed. The wolves' not the Canons'. The Canons were almost indestructible, which only made them more incorrigible. The wolves, however, were amenable to reason and persuasion, as are all intelligent beings, and Mr. Chapman was a master. But as soon as the balls had been lured out onto a disused patio where only the ghost of the former owner of the house resided, and the wolves shown a little used alternate route to the dining room through a concealed bookcase, Mr. Chapman retired to the kitchen again for some serious thought.


"Ho ho ho" came a smug echo very unlike the jolly old elf, St. Nick. The distinctly un-jolly head Canon had discovered a narrow pathway from the patio entrance behind several potted man-eating plants ending, unfortunately for them, in an artfully arranged set of funerary urns.

"Just dead stuff," boomed a Canon and they all rolled noisily along the alleyway and bang into the urns. Unoccupied at the moment.


Mr. Chapman stared absently at an image flickering on the blank wall in front of him. Although it registered only random emanations from the environment around Home, it proved useful from time to time to keep track of Clarice's weather experiments and served as a kind of a meditative focus. Mr. Chapman shook his head in rueful disgust as the roll and crash died away. The wall was portraying a cold wind as an oncoming rush vectoring straight toward Home, but dividing as he watched around the ten pines at the edge of the forest.

The next morning each Canon had been presented with several tokens of the family's esteem. This had become routine and usually only required an hour or so of Dustball activity to clean up. But this morning there was also a formal invitation on the creamy notepaper that Mr. Chapman used for the most exalted occasions. Or so a Dustball happened to mention to the Head Canon. "Grand Opening," it read in letters three inches high. An obliging Footless Lizard volunteered to read the rest; Canons never had seen the sense in learning to read.
"Always some underling about to do such menial tasks," huffed the eldest Canon, "Yes, boy, speak up!" he commanded.
With a malicious grin, the Footless Lizard read exactly what was on the invitation, though he added a pun or two that went over the head of the Canons straight to the ears of several tittering bats hanging safely from the lamp post in the "front room."


"Bowling - the game of kings - will soon be available in the lower corridors of the East Wing (see map). Please join us for refreshments at seven o'clock."


The Canons were enthralled. The long straight wooden alleys, the satisfying vulnerability of ten beings who could be knocked down and came back for more.


"Stupid fellows," huffed one of the Canons, already caroming down the alley for a second shot.


Tactfully, Mr. Chapman suggested that others might want to have hours in the newly opened Bowling Alley, and he was sure that something of a schedule could be worked out. This suggestion was met with immediate and savage disagreement.


"Suits us here, my man. Taking up residence. Permanently."


Home was used to the rumblings of the Dragon in the sub-basement. The sounds of rolling thunder and subterranean pins falling soon went unnoticed and the halls of Home were once again safe for even the smallest Dust Bunny or gentle mouse.


Mr. Chapman's late afternoon break for tea and reflection returned to its customary tranquility. All was well. 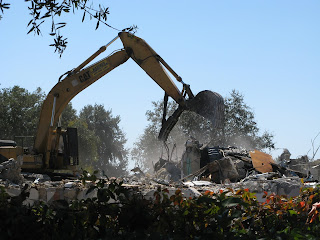 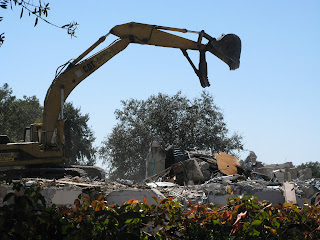 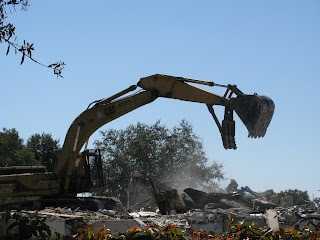 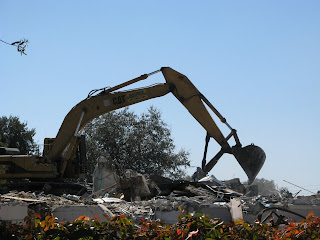 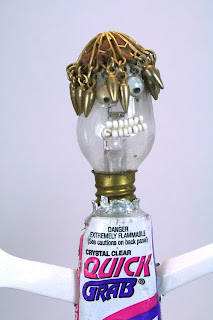 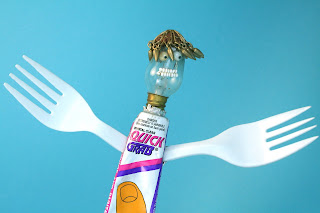 Click on any word for more on these topics.